WHO ARE NARCISSIST ? ARE YOU DATING ONE OR FREINDS WITH THEM

you remember the time when one of your friends came crying to you because of her boyfriend and said ‘he is a Narcissist” and you wonder ‘is that the new term people are using for dating jerks?’
Well sure, ‘Narcissist’  term is being tossed around a lot lately. People define narcissistic as someone who is too self-centred, egoistic and arrogant. And yes, they are some of the sign of Narcissist however its much more vast.
The real issue here is that such people can impact anybody’s life negatively just by being in it. So its utmost importance that you understand how  Narcissist behave and can stay clear from them.

Firstly there’s a term for it known as NARCISSISTIC PERSON DISORDER (NPD). They are defined as someone who is deeply insecure thus need constant compliment and attention. They lack empathy for any human being as they can’t imagine being in someone else’s shoes and are egocentric. They believe they are better than anyone and consider themselves most superior.
Now, do not mistake someone else’s self-love as ‘self-centred’ and call them Narcissist. It runs deeper than that, however if they are selfish and also find some of the following traits in your partner, friends or even family, please call them out and walk away from them.

You must have noticed such people look for attention and try to get praise out of people around them. They are always trying to be the star of the show. If you are dating such a person, you will find yourself complimenting them a lot and only the good side of it. If you criticize them, they lose their temper and can behave really rudely. such people can not take criticism simply because, in their eyes, they don’t have any flaws or insecurities and keep living in their fantasy world.

ITS ALWAYS YOUR FAULT

Whether it’s you’re first fight or 100th. It’s always your fault despite who did wrong.
for instance, if your boyfriend cheated on you and now you are confronting them about it but they spin it around and blame you saying you didn’t give them enough time and love. They will blame you for anything and everything.
Now that was an obvious situation, but in a relationship, there are several events where a narcissist can simply manipulate the situation and make you believe that it’s your fault.
It’s always essential to consider your situation from a third party’s perspective and then come to a conclusion of who is actually at a fault.

As mentioned earlier, lacking empathy is one of the most vital signs of their behaviour. They lack the skill of seeing you, validating your feelings or understand you or your situation simply because they don’t grasp the concept of feeling.
from talking only about themselves to not even asking you about your life or your feelings, proves the point that you are dealing with a narcissist.

Whenever they talk, it’s always about how great they are, how great their life is and how much they have achieved in life. Such talk gives them self assurance. They want to be seen as someone who has the best of everything. They don’t know what vulnerability is since it doesn’t exist in their world. The only opinion that matters to them is of their own.

Everything we have talked about so far shows how pretentious these people are. Their denial of facing reality makes them pretentious. Generally, they are very sensitive and insecure about themselves so they hide it with their magnetic and charming personalities.
It’s easy to get attracted to such people but their glamour eventually wears off when they will not validate or see you as a partner rather than as obedient admirers. Your wishes and desired does not matter to them.

Let me tell you something, No one deserve to feel like you are not good enough. From time to time, such people will belittle you, they will put you down, call you names, make you feel inferior because that’s how their defence mechanism works. if you point out any such behaviour to them, they won’t get it. They only understand their own needs.
Now if they are a narcissist, Please do not waste any more time and recommend them to a therapist simply because you cannot change with love and affection. Cut you’re all ties with them.
Its time to draw a line for yourself as well for their unacceptable behaviour.

Tell us what you think Cancel reply 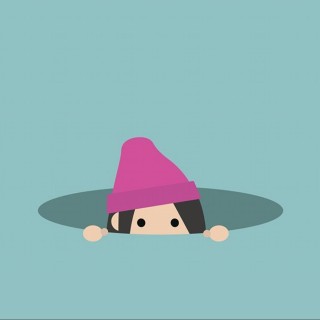 An aspiring writer who wants to spread positivity, Promote self-care and inner work through clarity and motivation. Join me.